Lesson Two: Past and Future


Kaltxì! And welcome to Lesson 2 of Learn Na'vi Grammar the Easy Way.

Ok so now we discuss how to talk about the past and the future.

In English, verbs are usually changed somehow to show that whatever it is happened in the past. For example:

The pain about this in English is, these are very unpredictable and have to just be memorised.

In Na'vi, verbs are also changed, but it is very predictable. You just put something inside in order to change it to a specific meaning. For talking about the past, the following are inserted into the Na'vi verb:

As you see, I took advantage of the flexible word order of Na'vi in these examples. :) Also, when speaking or reading, don't put emphasis on the little part that was put in. Rule of thumb: The original verb nearly always keeps its stress.

By the way, this is a yerik: 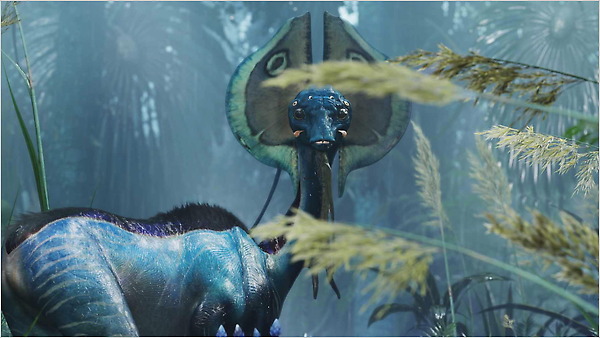 In English, to talk about the future, we use a helper verb will. For example, I will eat teylu. and He will help me.

Poan srung sìyi oeru.
He will soon help me. OR He is about to help me.

Even though srung si (help) is two words, it's best thought of as a single package. It really means to do assistance. So what I really said there is He is about to do assistance to me.

Also, notice how the ìy is put inside the si part of srung si. This is how it's done for all other verbs of this kind. Such as tìkangkem si (to work), pamrel si (to write), etc. Which brings me to the next point...

Where do these little bits go, then?

So how do I know where in the verb to put these things? Well...it's easiest to use the LearnNavi dictionary. Here's how it works. To start, here is the entry for taron:

Look at the part in blue. That is the pronunciation guide. In some entries, this part looks all scary and has loads of weird looking symbols. But for this blog post and lesson though, we are only concerned about the two raised dots which I've coloured red here.

These raised dots show you where to put things in.

This blog post only contains stuff that would go in the first dot's space. Some verbs only have one dot. If so, that's where it goes.


search
Website Admin/Designer: Tirea Aean | This site was created by members of the LearnNa'vi.org forum.
This site is not affiliated with the official Avatar website, James Cameron, Lightstorm Entertainment or the Twentieth Century Fox Film Corporation. All Trademarks and Servicemarks are the properties of their respective owners.
'Ivong Na'vi!